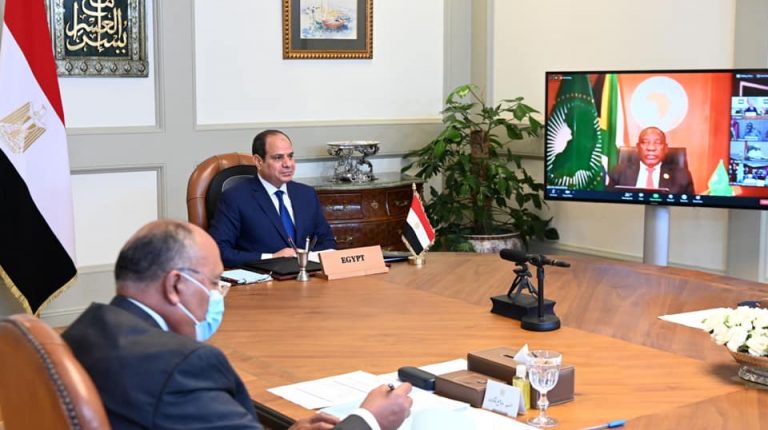 Accordingly, a committee of technical and legal experts from Egypt, Sudan, Ethiopia, and countries member of AU Assembly Bureau, as well as international observers of GERD talks will meet to formulate legal agreement on operation and filling of Ethiopian dam. The committe will send a letter to the United Nations Security Council with

President Al-Sisi praised Ramaphosa for his role in brokering this meeting on this vital issue for the populations of the three countries. Al-Sisi emphasized Egypt’s willingness to reach an agreement to help Ethiopia reach its development goals, without harming downstream countries.

Egypt depends on the River Nile for about 90% of its water needs. The country remains concerned that the GERD will shrink its share of Nile water, and cause harms to its people.