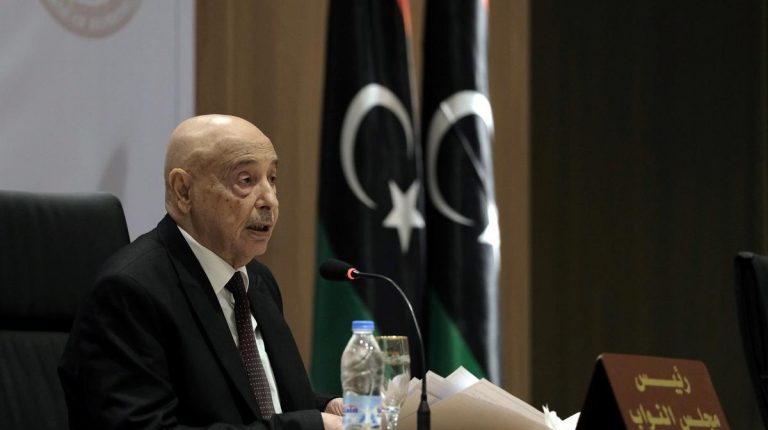 Saleh added that the Libyan parliament, which has supported the Cairo Declaration of 6 June, is the only elected authority that represents the Libyan people.

He added that the Libyans have called for the Egyptian military’s intervention should the country’s national security be endangered.

Saleh also said that Egypt’s intervention will be a legitimate act of “self-defence if the terrorists and militias crossed the red line that President Al-Sisi talked about and tried to move into the cities of Sirte or Al-Jufra.”

He added that, in the event that Sirte is overrun, Libya will ask the Egyptian military to support the former’s army.

Saleh said that the Libyan Arab Armed Forces (LAAF) have attempted to liberate Tripoli from militia control, with militias employing over 15,000 individuals that were brought in from Turkey.

Turkey has deployed 15,000 Syrian mercenaries to Libya so far: SOHR